Throughout the first weeks of October, our close friends and relatives were  asking me if I already had plans for Kyle’s second birthday party. Although I’ve created invites months and months before his birthday (because I have been practicing my Phtoshop and Publisher skills), I still had no concrete plans for the special day. So my answer to them was always a guilt laden, no, nothing yet, no plans yet.
Just a week before Kyle’s birthday, my husband told me that he’ll do the planning for our son’s celebration.  He said it was his turn since I have had already worked on all the details for our son’s first birthday bash.   I was surprised! So many thoughts ran thru my mind that moment.  My husband will plan for our son’s party? What will the theme be? Octoberfest? Oh no! But since  I knew that I should always listen to my husband’s decisions even on party-planning (?), I smiled and said, “Wow, thanks dear that will be great!”
Surprisingly when Alex told me his plans, I was impressed.  He said he will have us booked on a themed hotel to welcome Kyle’s second year and so that so we could have an intimate family celebration. Then we will go straight to the party venue upon checking out the next day. I felt curls forming in of the corners my lips when he said his plan. Brilliant, isn’t it? When he also mentioned that he was going to book the restaurant of  Dra. Joanna and Dr. Harold for Kyle’s celebration (they are our close family friends), I was speechless. My excitement started to grow!
Alex took care of all the birthday details . He picked the menu served and decided on the venue’s set-up. He also ordered cake and some cupcakes. Not only that,  he also handled the booking of the hotel! Who said daddies are not for party planning? Well Alex proved them (I mean me) wrong!
Alex also planned that the party’s theme was going to be airplanes and that the celebrant will be called captain thus the banner “Happy birthday Captain Kyle!”  He also wanted to have a customized costume for his pilot son but I said it was already too late to have one made. He wanted Kyle to wear a white polo and a white pair of pants and then a captain cap. That could have been so amazing!  We went to Robinson’s Galletia and Megamall to look for a pilot costume; too bad there were no ready-made suits!
So last Friday, Kyle finally turned two. Yes, he’s an official toddler now.  Thanks to daddy Alex for organizing the party and to all our friends who soared over and helped us celebrate captain Kyle’s second birthday!
Now on to the pictures!

Now on to the party pictures! The next photos were taken by our good friend Wally who was very accommodating when I told him to take pictures since our cam had no more batteries. As expected, he came up with awesome shots! 🙂 Happy birthday captain Kyle. Your first two years of life seem to have flown by in a blink of an eye. Know that we love you dearly  and that you bring bundles of joy into our lives. God bless you son!
Like us on Facebook: http://www.facebook.com/pages/Shining-Mom
« Wedding Scrapbook Layout Ideas
Johnson’s Photo-blog Caption Winner » 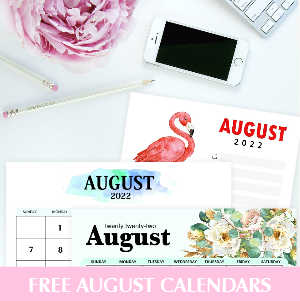